Hello there people of the internet. Now that I’ve decompressed it’s time for an update on my WOWPS experience.  The people I met were  amazing! I connected with poets from around the world like Maddie Godfrey and went to some awesome readings. I met Sara Eve Fermin, Wil Gibson, and Erin dingle at the visible and invisible disabilities reading, all of whoms work I admire. #sparklebrainsunite And dressed as Hermione hosting the nerd slam, Tolanda Henderson, a truly kindred spirit. Some of my favorite NW poets were there too. Cecily Schuler was organizing the volunteers and Garfield Hillson was volunteering staying just up the road from me in Bushwick, Brooklyn. Both of them made NYC more comfortable. Although the structure prevented me from seeing Nikita Oliver perform, who’s work I’ve posted here on asliceofmysticpi, or Shana Alden I know they made it rain.

Gotta shout out to the Bushwick graffiti and mural artists making their mark. 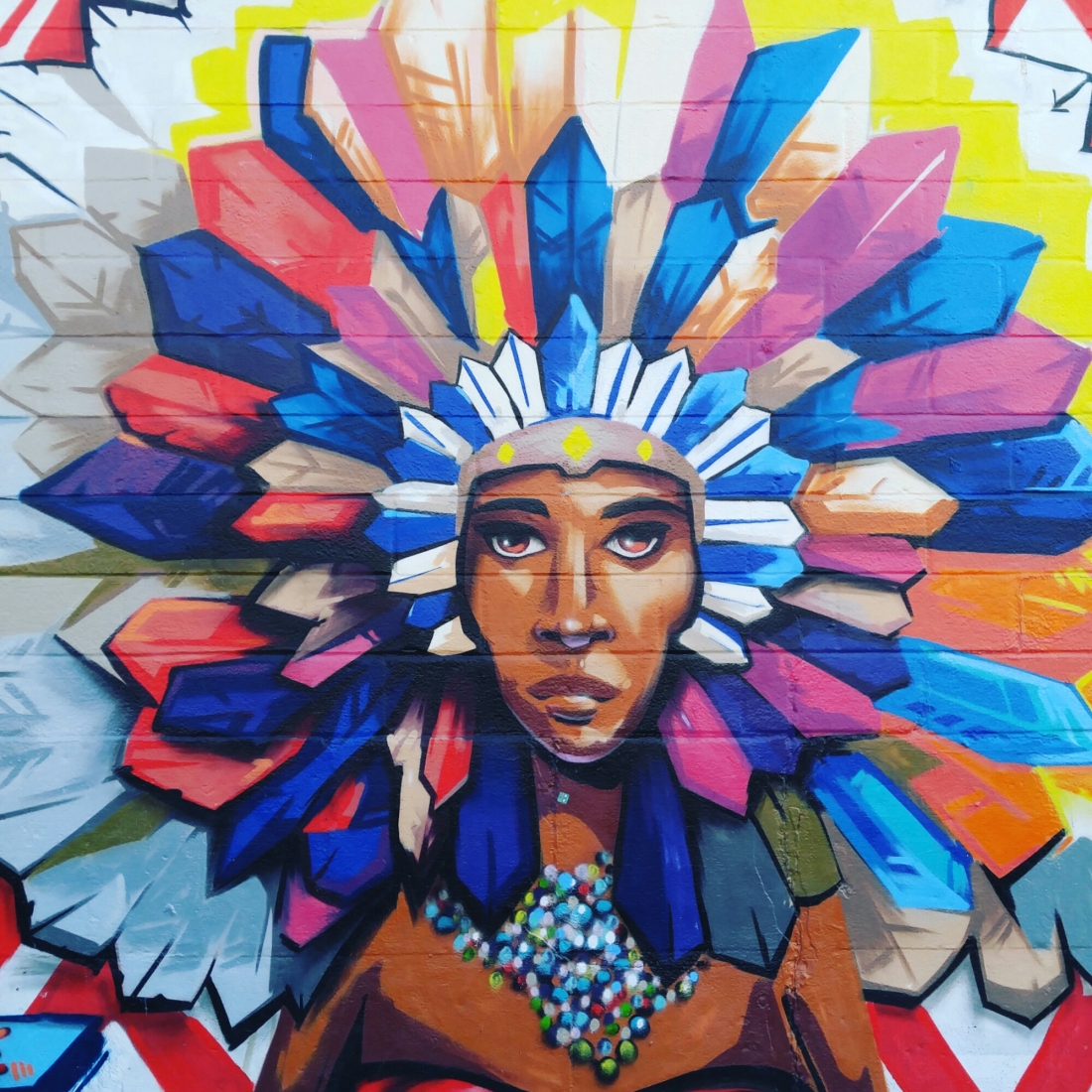 My first bout I performed “Black Widow” which you can check out a performance of from Seattle Poetry Slam Here on my YouTube channel and “temple of cannabis”. Both my poems came in last. 3 of the 5 judges at one time were west point cadets. I of course said something cause I can’t keep my mouth shut. Maybe they don’t like revolution or weed. I haven’t placed last in a slam in well over a year and that’s all I’m saying about that…… Mumbles something about poetry being judged by uniforms under breath…

At my second bout I was happy to meet a mentor and Facebook friend in real life, Deborah Pointer. Yes, the Deborah pointer from Def Poetry Jam. She got this great shot of me slamming “One” which you can check out really old video of hereback when I had wrapped dreadlocks. “One” came in last and “Premeditated Repressed Memory” came in 5th.

And then we went out to dinner at this delicious Chinese place. Most importantly she made me feel like a sister at home in a huge city. And I totally forgot to take pictures. The leftovers were good though.

The next day I ate the lunch special at this delightful Nepalese Indian place Called Spice and Grill on Myrtle in Brooklyn. And I mean I ate it the whole next day. It was a lot of delicious food. Here’s a local article about them http://myrtleavenue.org/spice-grill-to-bring-nepalese-food-to-myrtle-avenue/ 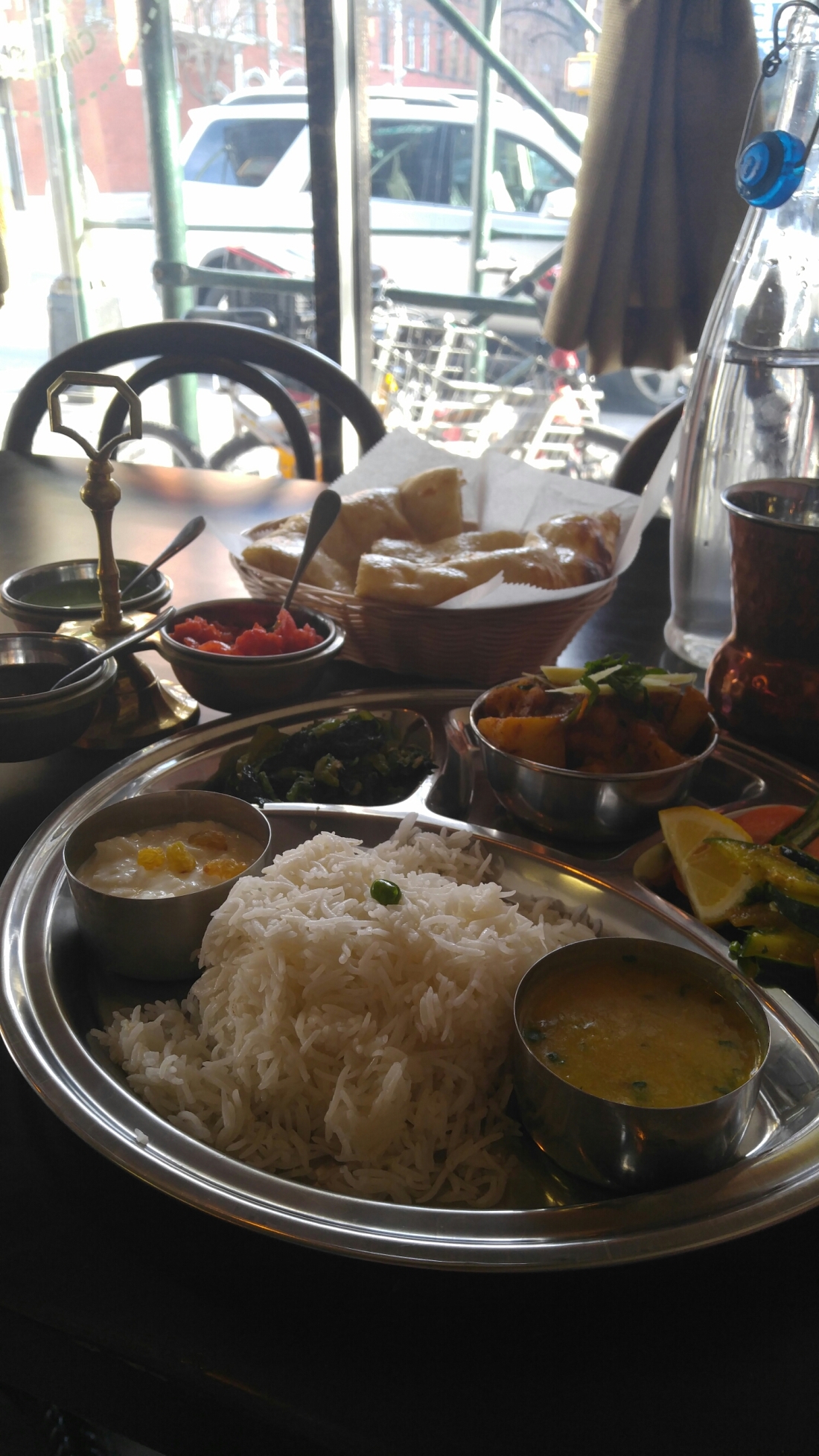 I got a chance to catch an open mic hosted by Sharief Hobley at Bijan’s
It was an honor to hear someone who has worked with so many legends play in an intimate setting and he was a friendly host. I had a delicious soup that I have never tasted anything like before and highly recommend. The drummer was super cool and awesome just like the bartender guy and the waitress was on point, the other performers should get a shout out too. It was memorable. I would definitely go back there and take way more notes and pictures. I’m new at this.

When I poemed in N.Y. for #WOWPSBK I did not come in last! Although 88th out of 96 is probably the worst I’ve ever done at anything in my life, I’m happy with not last. I could’ve done worse! I will do better next time! And considering everything I had to overcome just to participate I’d say I did my best. I’ve improved a lot since wowps and overall I’m glad I went. Although honestly, it was more difficult physically, emotionally, and financially than I anticipated or could handle, I survived. My fundraiser met 8% of its goal. Even without bringing my daughter I really needed to meet half the goal. so please donate to send Lennée to wowps on Indiegogo Anything helps.

Knowing how much my daughter loves fashion, I said I’d get a picture of someone who looked like a model. And would you know #sidewalkrunwaynyc on Instagram was the best dressed lady I saw. I have a good eye. She has great taste. We will be internet friends forever.

Then I checked out this street show. This guy does some kinda bouncing cartwheel on his back too. It’s sick. 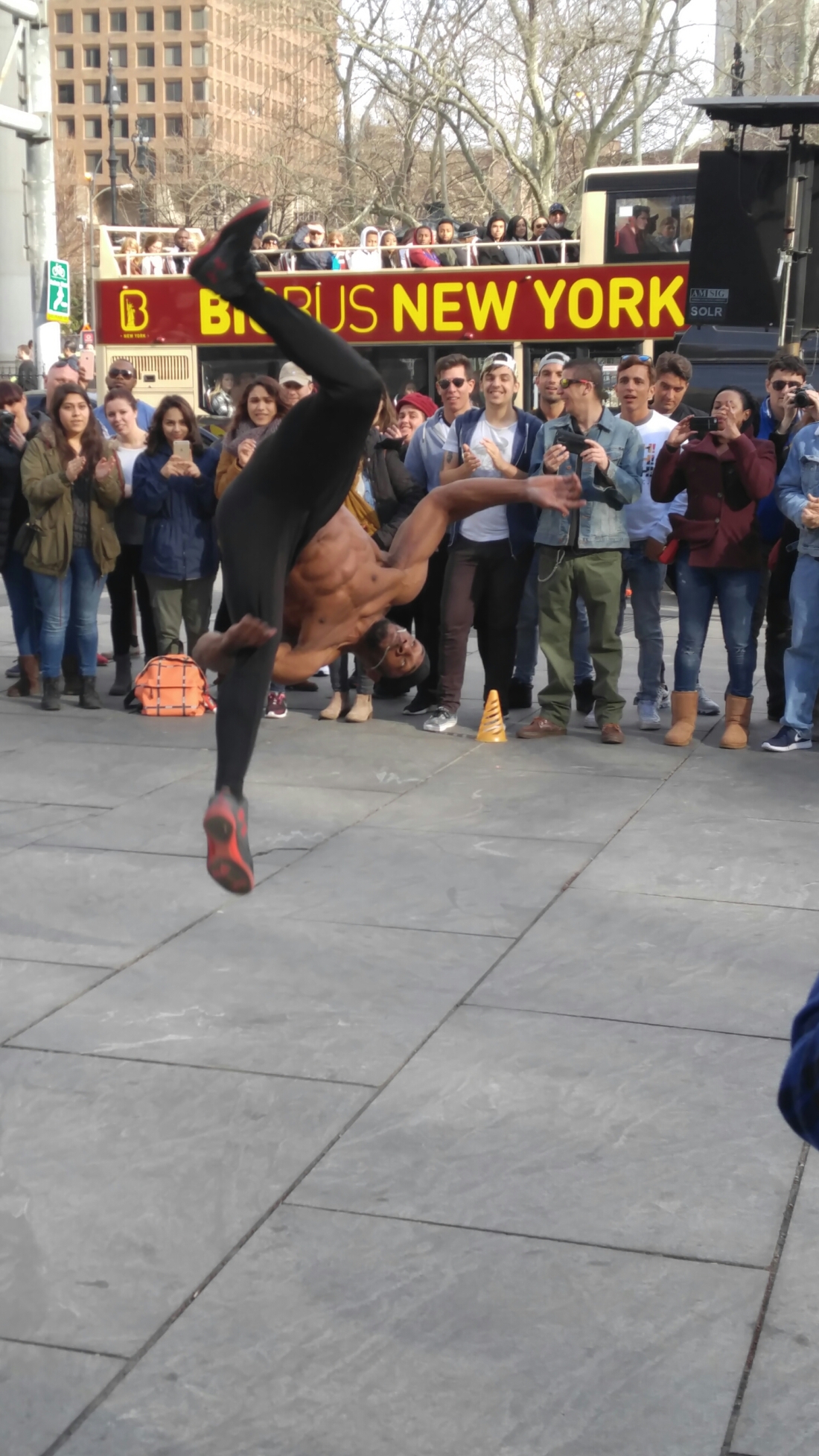 that you can check out on my Instagram which has more pics from NY including a couple blocks worth of the murals you saw earlier.

After finals I came back to Cascadia.
Congratulations to Co WOWPS 2016 Champs Emi Mahmoud and Imani Cezanne!

You should totally check them out.

About the Queen, I mean author

Lennée Reid is a geeky veganish universalist QPOC witch doctor mama bear poet activist survivor goddess on the spectrum who doesnt like labels that uses punctuation when she d@mn well pleases smile emoticon period Lennée has appeared in the UPS DIRT! project, Creative Colloquy, The Girl God, Tattoosday, and is forthcoming from Lost Tower. Her poems and photos are often in “Works In Progress”. Lennée repped Olympia Peoples Mic in NYC for WOWPS 2016, has featured across the country, and was heard on the KAOS 89.3 lit show “Tell It Slant”.